How Forward-Facing Sonar is Changing Fishing 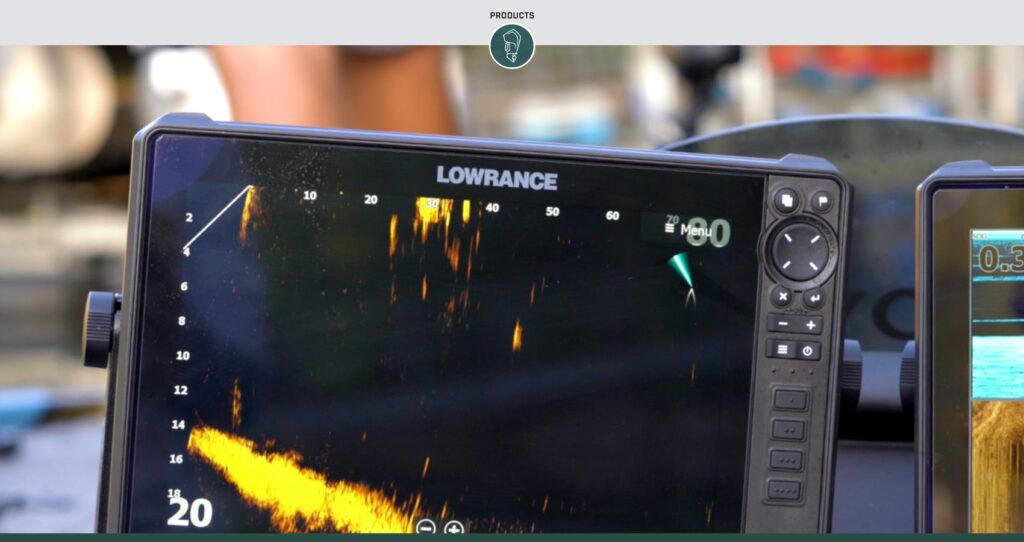 You’ll also recognize when an angler is using it when you see them staring down – sometimes for hours – at the depth finder on the front of the boat. And then you’ll hear comments like, “I watched the fish eat my bait! That was so cool!” The other line you’ll hear a lot is, “I see fish swimming all over the place, but I can’t make them bite.”

That’s because forward-facing sonar is truly “live” and shows fish interacting with lures in real time. The technology is such a powerful tool that it’s now one of the main factors serious anglers consider when preparing and practicing for a day on the water. In just about every major freshwater tournament – especially for bass and crappie – people ask, “Will this be a tournament where forward-facing sonar wins?”

To learn more about how it’s impacting competitive and recreational fishing, we reached out to some of the professional bass anglers on the Mercury Pro Team. Their experiences and insights will help you understand how forward-facing live sonar technology is impacting today’s advanced fishing tactics.

The simplest way to grasp this new technology is to think of an ultrasound procedure performed at a doctor’s office. An ultrasound machine works by transmitting and receiving sound waves processed to generate a high-quality, live, in-motion view of a fetus or parts of the internal anatomy.

Unlike traditional sonar, which actually displays the sonar history – what’s already passed under the transducer – forward-facing sonar shows what’s out in the water in real time in incredible detail. Bass anglers typically mount the transducer to their bow-mount trolling motor, where it transmits a beam out in front of the boat (in other fishing applications, like when trolling for walleyes, transducers are fixed on temporary mounts in the back of the boat). The anglers can turn the trolling motor to scan side to side and see fish, structure, cover and their lure without needing to move the boat directly above the fish. There are similar mounts that can be rotated by hand.

The technology has ushered in an entirely new type of “sight-fishing,” using electronic imagery to watch fish chase, bite or otherwise react to a lure in the water.

Mercury Pro Team member Brandon Lester, of Fayetteville, Tennessee, relies heavily on his Lowrance® ActiveTarget® forward-facing live sonar. He says the technology reveals incredible information about what is happening in the water.

“ActiveTarget shortens the learning curve each day because I can see what is going on under the water,” said Lester, who competes on the Bassmaster® Elite Series. “It helps me determine the depth of baitfish, locate individual and groups of fish, see how the fish react to my lure, and see how deep my lure actually is. Those are just a few ways it helps me.

While forward-facing sonar was initially considered a tool for catching fish close to the boat using vertical fishing techniques (partly because the picture was clearest closest to the boat), the picture quality has steadily improved as the technology has advanced. Fish are now caught using the sonar in all directions around the boat and up to 100 feet away.

Mercury Pro Team member Wesley Strader, of Spring City, Tennessee, is a well-known shallow-water angler who rarely fishes in water deeper than 10 feet. Even he has enthusiastically adopted the technology.

“As a shallow-water angler, being able to see small depth changes is important,” said the Major League Fishing® (MLF) pro. “I can see the depth out in front of me, 50 or 60 feet out. I can also find brush or stumps that I can’t see with my eyes by panning around with the ActiveTarget on the trolling motor.

“Also, a lot of times, you can actually see a fish on a stump; you can see it swimming. That gives you a new sense of confidence that there’s actually a catchable fish there. We used to have to imagine what was going on under the water. We don’t have to imagine it now. We can see it, and we can see it in real time.”

While he didn’t see the fish before he made his cast, Jones would often see – on his sonar screen – the bass shoot out from the root systems on the bottom and chase his crankbait. When the fish didn’t commit to biting, he made the necessary adjustments to elicit the winning bites.

“The Lake Fork event was one of the first times I’ve fished a crankbait while relying on my LiveScope,” Jones added. “I use it a lot with a jerkbait, which is king when it comes to LiveScope. I also use a neko rig (a soft plastic technique) with LiveScope.”

New uses such as this are all part of the evolution of the technology, and it’s paying big dividends to the anglers who have learned its benefits.

Will You Go All in?

Like many anglers, MLF pro Ott DeFoe, of Blaine, Tennessee, finds himself at a crossroads in this new era of forward-facing live sonar. The Mercury Pro Team member has seen top anglers such as Jacob Wheeler and Dustin Connell win tournaments by relying heavily on it. But he also feels like there’s more to fishing than looking at his screen.

“I haven’t gone all-in on the forward-facing sonar yet because I feel like to properly use it, I have to switch over to watching my Humminbird® MEGA Live screen nearly 100% of the time,” DeFoe explained. “There’s less reading the water, seeing what’s happening in my surroundings, and more staring at the screen. Don’t get me wrong, I’m big on using my electronics, having used my Humminbird 360 (a type of 360-degree sonar technology that is not live) for years now. I’ve got all the equipment on the front of my boat you can put on there. I’m just not quite to the point of dedicating myself to watching the screen all the time.

“I hold out hope that tournaments can still be won without exclusively using live sonar. ‘Hope’ is the keyword there. I put Bass Pro Tour anglers in two categories: ‘hopers’ and ‘scopers.’ Those of us not using it all the time hope we can beat the scopers and not have to use it all the time.”

As with bass fishing, forward-facing sonar has made an enormous impact on crappie fishing. Crappie are notorious for suspending around docks and brush piles, and the forward look that the sonar provides is incredibly powerful for finding and catching them. The technology is quickly taking over ice fishing, too, because the sonar transducer can be turned to point straight down, providing the same live imagery as anglers enjoy in their boats, looking down instead of out ahead. It’s even factored into major wins in multiple walleye tournament trails, and has certainly impacted nearly all types of freshwater fishing and some saltwater applications.

Live sonar technology – forward-facing and otherwise – is changing the game for everyone by helping anglers catch more fish and learn more about where and how fish set up throughout the year. In the past, there were times when anglers wondered if there were even any fish near the boat. Now, there’s another powerful tool that can reveal the answer. Making them bite remains a challenge, but at least anglers can be assured they’re in the game and around fish.

Thank you to Mercury Dockline | How Forward-Facing Sonar is Changing Fishing | Mercury Marine for such a great article. 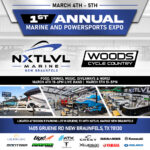 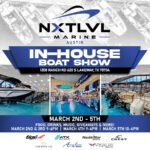 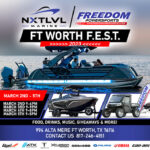 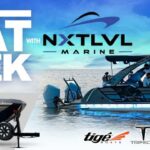 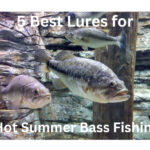